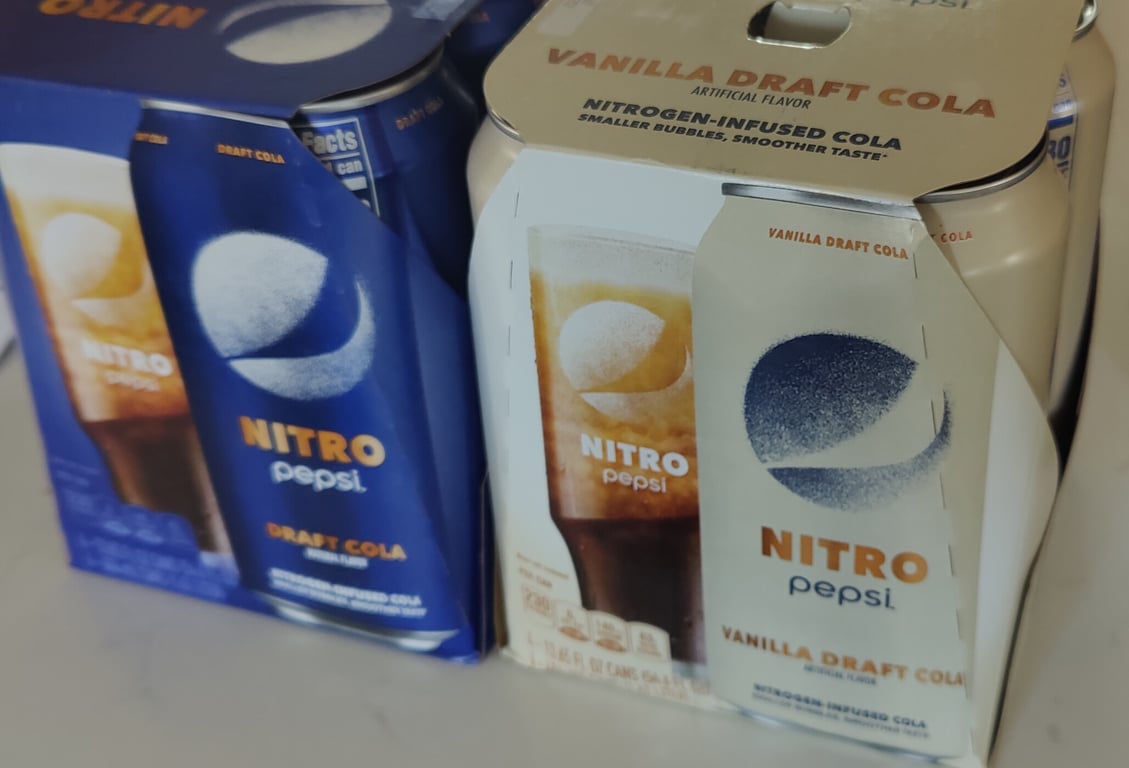 You can be certain I’ll be posting a review over on the soda blog soon enough, but I have a few notes for people about the new Pepsi Nitro sodas already.

It was a generally good soda day as a case of Moshi sodas arrived too!